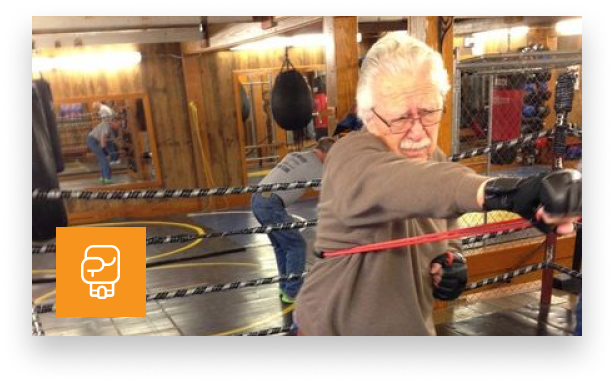 Paul Foote of Windgrace is a regular at the Cedar Valley Boxing Club in Waterloo. Twice a week he conquers the long stairway to the second story gym the boxing club calls home and spends an hour working through fitness, balance and agility stations. He never intended to compete, though his punch is impressive!

The full body exercise is excellent for management of Parkinson’s disease. Every member of the Wednesday - Friday class is on their own Parkinson’s journey, but that does not mean he is on the journey alone.

“Comradery is a very big part of the success of this class,” said Steve Rice, who trains competitive boxers -- ages 8 and up -- five days a week. “It really helps with balance, strength, agility and confidence.” Steve says it’s not long before boxing participants see results. The loop of motivation, hard work and success helps them gain control they thought was lost. The skills of boxing: explosive movement, endurance and aerobic strength are skills that doctors believe can slow the progression of Parkinson’s.

Paul was the second one to join the class two and a half years ago. He agrees that comradery keeps him coming back. “We’re all in the same shaky boat!” Paul’s Parkinson’s diagnosis changed his life in his late 60s. He straps on his boxing gloves – each weighing one pound -- and admits he no longer takes his balance and strength for granted.

Participants at the Parkinson’s boxing class use the same equipment and exercises as the competitive boxers who use at the gym. They move through stations that include the double ended bag, boxing with foam noodles, shadow boxing, cycling, medicine ball, speed bag, kettle weights, floor work, heavy bag, and more. 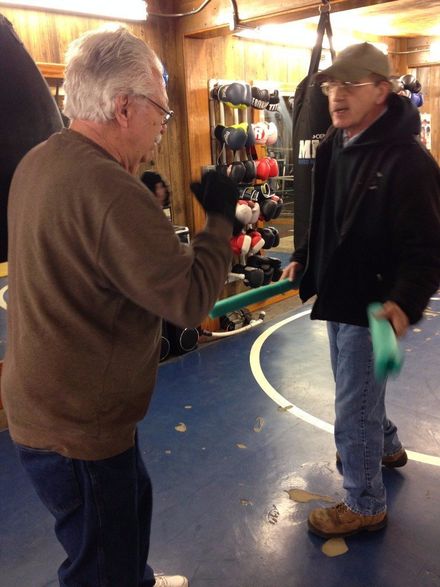 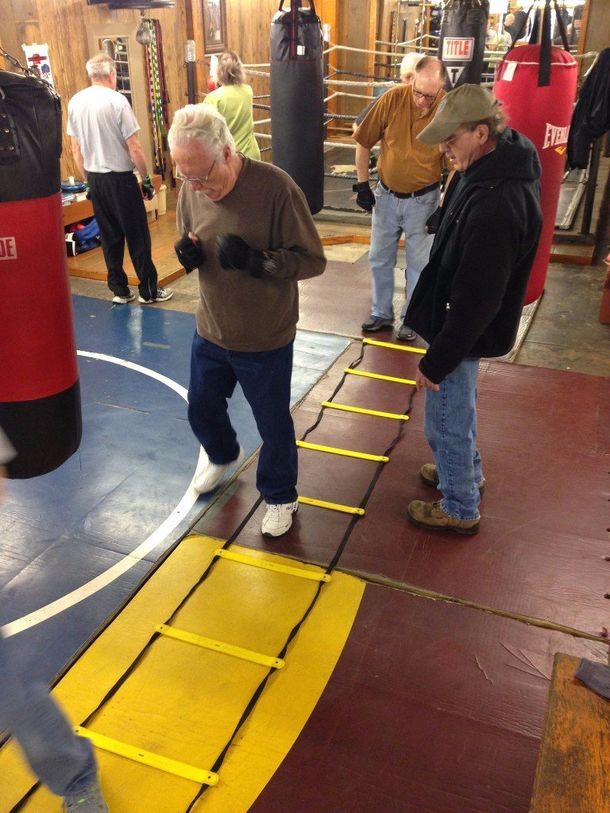